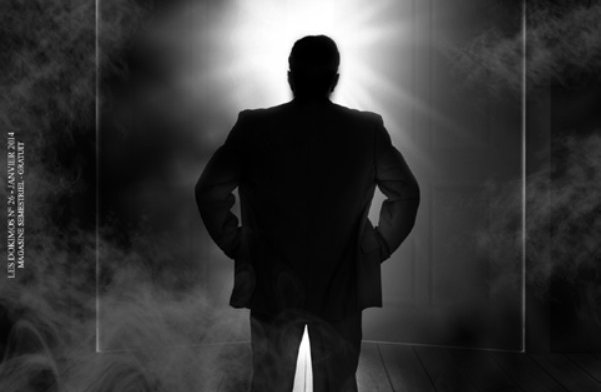 He is coming back!” A slogan? No, this is the reality. The Lord Jesus Christ is clearly coming back as the Word of God declares. But before his coming, a succession of events must take place: “And ye shall hear of wars and rumors of wars: see that ye be not troubled: for all these things must come to pass, but the end is not yet. For nation shall rise against nation, and kingdom against kingdom: and there shall be famines, and pestilences, and earthquakes, in divers places. All these are the beginning of sorrows.” Matthew 24/6-8

In addition to these events, such a debauchery is manifest that we realize that:” This is the end of time!” In this way, we notice an unprecedented sinking of the world into darkness. What was back then shameful, abominable and severely punished by law, has nowadays become nearly common. Therefore, we notice with dismay the aggravation of what was occurring back in the time of Isaiah who prophesied on the Lord’s behalf: “Woe unto them that call evil good and good evil; that put darkness for light, and light for darkness” Isaiah 5/20.

The fall of the world into chaos is the result of a large amount of actions taken by some people called Antichrists. When some of them would openly show their “Antichrist” identity, some others would hide behind “Good Samaritan’s” clothing. But their ideas and thoughts were just aiming at one thing: implementing the New World Order!

Even though many antichrists rose earlier in the past, only one will be at the head of this government to reign with the power of Satan: The man of lawlessness (2 Thessalonians 2).

1 John 4:3 reads that: “This is the spirit of the antichrist, which you have heard is coming and even now is already in the world.”

The Man, in his rebellion against God, only makes the path straight for his coming. Everything is put right in place to welcome him. “Let’s make up an economic crisis to make men believe that they are lost and let’s propose them our solution. Let’s pass laws to enable them to live freely their sinful lives!” So many strategies which are being built throughout the years along with plans that are solely heading to the establishment of the empire of the Man of lawlessness and of his ungodly laws!

However, against these terrible events, the sun of righteousness YHWH shall rise and “the hope of the godless will perish” (Job 8:13). “And I saw heaven opened, and behold a white horse; and he that sat upon him was called Faithful and True, and in righteousness he does judge and makes war.” Revelations 19/11. Thus, the Lord Jesus Christ will put an end to years of suffering and of lamentations; the whole universe will experience an unprecedented peace. He will establish an eternal kingdom in a city where neither the sun nor the moon will need to shine; a city where abomination, lies, curse and sin are nowhere to be found, an everlasting city: The New Jerusalem! (Revelations 21, 22) Living in the world, we are all contending with the ungodly laws of the godless one. It is up to us to discern what is evil from what is good to resist and remain steadfast in adversity. Brighter days are at hand; let us not miss out on that! Let us work on our salvation and pray that our faith does not fail, for those who are victorious will inherit the Kingdom of God (Revelations 21/7). Therefore, dear friends, since you have been forewarned, be on your guard so that you may not be carried away by the error of the lawless and fall from your secure position. ( 2 Peter 3/17). "Look, I am coming soon! Blessed is the one who keeps the words of the prophecy written in this scroll." (Revelations 22/7).
no comment